To be honest, TweetDeck is still my favorite, but I simply can’t use it consistently enough. Despite my three-screen setup, TweetDeck would often get buried behind other windows. If I kept it on top I’d use it quite well, but it would inevitably get hidden behind one of the other 20 applications that I had open. I needed to find a solution that had a clean single stream of Twitter that I could use as a sidebar with applications open next to it, not on top of it.

If you use Google Chrome on Windows or via a Chromebook, it gets even better. You can save the page to your desktop using the Tools–>”Add to Desktop” option in Windows, or Tools–>”Pin to Shelf” option on your Chromebook. I’ve never understood why this option isn’t available on Mac, because it’s great! 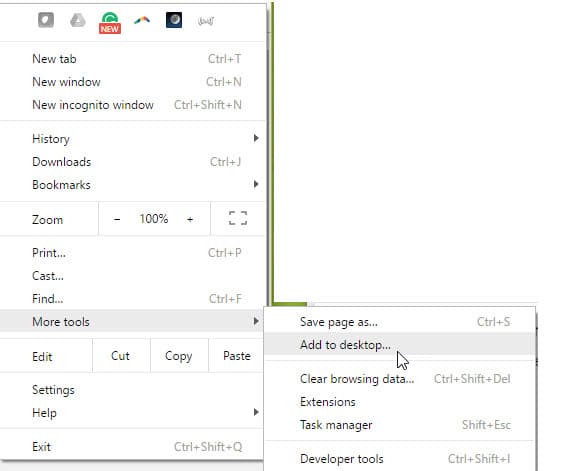 This does two things for you. First, it adds an icon to your desktop. Second, however, is the great part — it opens the site as if it were an application, so there are no browser tabs or options in there. It’s super clean and takes up even less real estate. Here’s a screenshot of how it looks on my right-hand monitor; it can stay on top all the time, but still leave plenty of room for applications to run next to it. 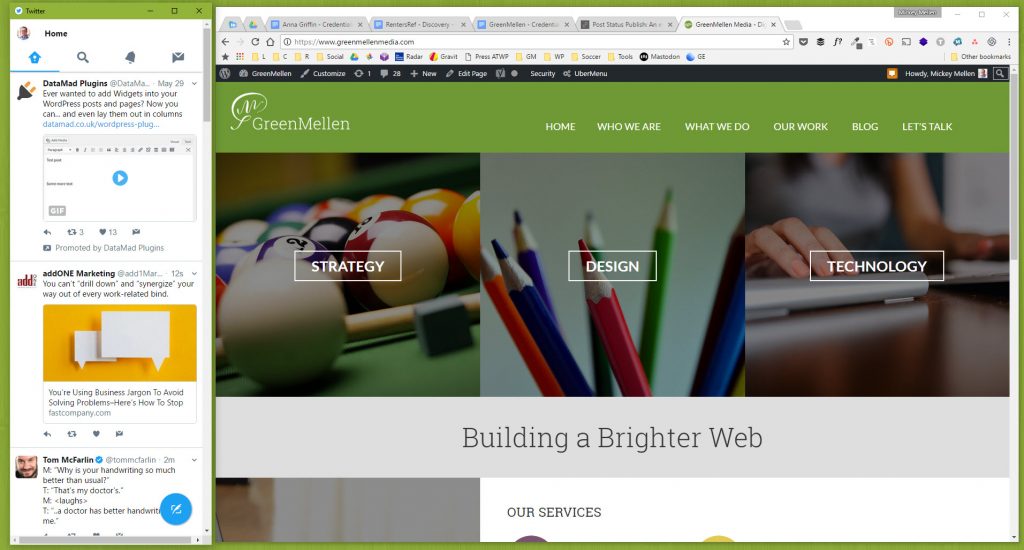 All these years later, and it was right there in front of me. No application to download, no amazing solution to find. Just use the mobile Twitter site and it works great!

How do you manage social media on your desktop?