I find it amazing how many very old quotes can sound like they were first said yesterday. When I was a youth pastor around the year 2001 and people tried to tell me “how awful kids are today”, I loved this quote from Socrates (somewhere around 400 B.C.):

The children now love luxury; they have bad manners, contempt for authority; they show disrespect for elders and love chatter in place of exercise. Children are now tyrants, not the servants of their households. They no longer rise when elders enter the room. They contradict their parents, chatter before company, gobble up dainties at the table, cross their legs, and tyrannize their teachers.

The point was that “kids today” aren’t any worse than kids from centuries ago — they’re just being kids! Socrates also famously warned against writing because it would “create forgetfulness in the learners’ souls, because they will not use their memories.” Today it seems the opposite; getting people to write more would be a good thing.

There was Conrad Gessner, who described how the modern world overwhelmed people with data and that this overabundance was both “confusing and harmful” to the mind. His concern was not technology was we know it, as he died in 1565. Rather, his concern was the overwhelming amount of data due to the printing press.

Magazines will isolate you

In 1906, famous composer John Philip Sousa took to Appleton’s Magazine with an essay decrying the latest piratical threat to his livelihood, to the entire body politic, and to “musical taste” itself. His concern? The player piano and the gramophone, which stripped the life from real, human, soulful live performances.

The telephone makes you lazy

This one makes a bit more sense, though it was from 90 years ago. A survey conducted by the Knights of Columbus Adult Education Committee in San Francisco in 1926 asked “Does the telephone make men more active or more lazy? Does it break up home life and the old practice of visiting friends?”

The radio makes it hard to concentrate

This is another one that many of us can relate to, but it was almost 80 years ago. In 1936, the music magazine the Gramophone reported that children had “developed the habit of dividing attention between the humdrum preparation of their school assignments and the compelling excitement of the loudspeaker” and described how the radio programs were disturbing the balance of their excitable minds.

The television caused widespread concern as well: Media historian Ellen Wartella has noted how “opponents voiced concerns about how television might hurt radio, conversation, reading, and the patterns of family living and result in the further vulgarization of American culture.” It was a quick turnaround from radio being the bad guy, to suddenly needing to be saved from TV. 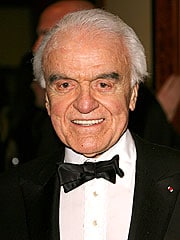 This is undoubtedly my favorite. The music and movie industries have long made it clear that they hate new technology, even if they can make tons of money from it. Jack Valenti, the onetime head of the MPAA, made this famous quote in 1982 “I say to you that the VCR is to the American film producer and the American public as the Boston strangler is to the woman home alone.” Of course, the VCR went on to help movie studios earn many billions of dollars over the years.

It’s gone on since then. MP3s were going to kill the music industry, until Apple showed them how to sell the files to make money. The internet was going to kill movies, until Netflix showed them how to use it to make huge money. Streaming music is the latest to try to “kill” the music industry, other than them paying billions each year in royalty fees. TechDirt does a great job of showcasing these kinds of stories, such as this one from earlier in 2016 that gets into details about how quickly streaming music royalties are growing.

There will undoubtedly be a new technology soon that will threaten to ruin the minds of your children or steal all of our jobs. Maybe it’s virtual reality goggles, or perhaps self-driving cars. Thing will continue to change and evolve, and while we need to be vigilant against some actual evil out there, most of these new technologies can help your minds and businesses if you’ll just let them.

What new technology do you think will have the biggest impact in the coming years?