A few years ago, I set out to find a good service to monitor uptime on all of the websites we manage (it varies, up to around 150 of them at any given time). It initially came down to two leading contenders:

The problem I quickly had with Uptime Robot is that it would tell me about every little blip that a site had. We let our clients host wherever they want, and while we do our best to steer them to quality hosts, we ultimately leave the decision up to them. As such, some of them are on less-than-stellar hosts that tend to have quite a few “blips”. I’d get a text that a site was down, but by the time I went to take a look at it the site was already back up. This caused me to become blind to the onslaught of those notifications, and I was more likely to miss it if there was a major problem.

With more digging I eventually found Port Monitor. The great feature that they have is multiple checks — it can look at a site every x minutes, then only alert me if it’s been down a few times in a row. If a site has a blip it’ll leave me alone, but if it’s down a few times in a row I’ll get a text. Perfect. For us it was $69.95/mo (they start as low as $5.45/mo for 10 sites), but that was well worth the cost.

Fast forward a year and we’re using ManageWP to help keep sites updated, and they added an uptime monitor — great! 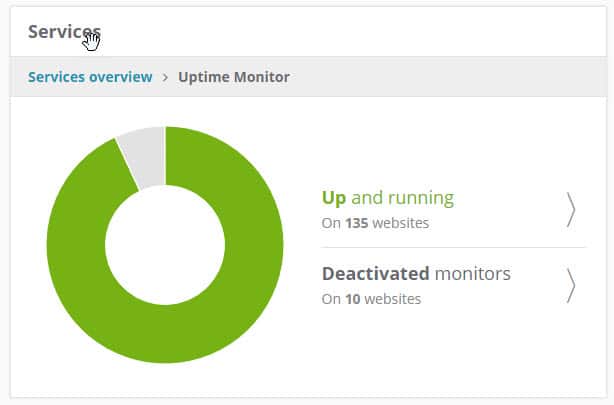 The problem was that it is powered by Uptime Robot, and we’d have the same issue, so I kept running Port Monitor alongside of it.

Little did I know, but a few months later Uptime Robot added the feature I love (as a paid add-on) and ManageWP incorporated it as well. I just discovered it last week and I’m elated! It won’t change much for us, but being able to save the $69.95/mo from Port Monitor is a good thing. If I were to use Uptime Robot with their paid plan, it would just cost $11.60/mo. However, as part of ManageWP it’s essentially free (as part of the plan we already pay for).

They handle the feature a bit differently, but it works out the same. In the case of Uptime Robot and ManageWP, they let you add a “delay” to the notifications. When they detect a site is down, they’ll start counting down a delay of a few minutes. If the site comes back in the meantime, they simply move on. If the site is still down after the delay, then you get notified. It looks like this in ManageWP: 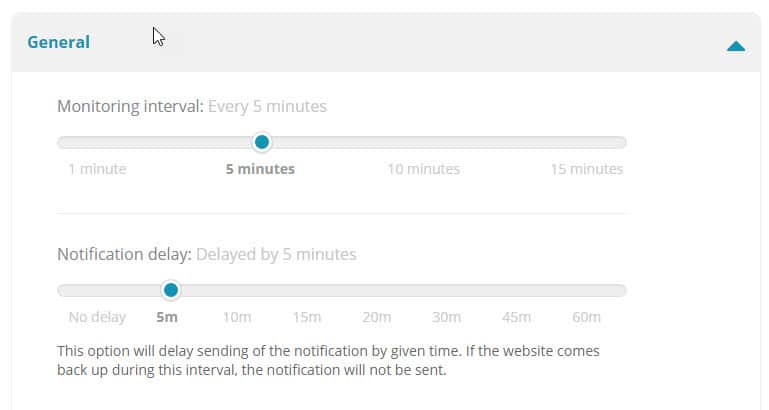 If you manage a handful of WordPress websites or more, I encourage you to check out ManageWP to help make your life easier. If you manage non-WordPress sites, then Uptime Robot could be a great tool to add to your arsenal.