In mid-2016, I was super excited to get the Samsung Galaxy Note 7. The rumored specs were amazing, and the resulting phone was as well. I got it, and it was an awesome phone with some really neat features. However, as you likely know, the Note was recalled due to battery issues, so I had to go elsewhere and I picked up the Google Pixel which was a great phone as well.

When the 2017 versions of both phones were announced this year, I spent a while debating the merits of each. I loved the Pixels, but hated having to give back the Note. I eventually purchased the Note 8 and have been using it for the past few months. Then, due to some swapping within our family, I’ve moved to the Pixel 2 XL.

At the end of the day, they’re both excellent phones and you can’t go wrong with either. However, here’s how I see some of the differences with them. 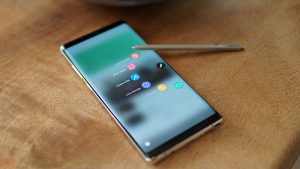 The Galaxy Note 8 is an exciting phone

The Note 8 is intended to amaze. It has the curved edges on the screen, and things you don’t see on almost any other phone: 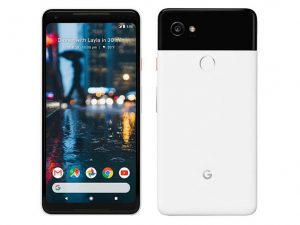 Since switch to the Pixel, it’s been like a big exhale — aaaaaah. It just feels right.

Of all of those, the lack of wireless charging is really the only bummer. They use metal for much of the case of the phone, which makes it lighter and more durable, but makes wireless charging impossible. It’s going to be very interesting to see what they do next year because while I love the feel of this phone, they really need to include wireless charging next year.

Despite those downsides, there are a few big advantages:

They both win – but I’m sticking with the Pixel

As I said at the top, they’re both great phones. If you love Android, you’ll love either of these phones. The Pixel isn’t nearly as exciting as the Note, but it just works. It’s fast, smooth, easy to hold and takes amazing photos. For the next 8-10 months, it’s likely the phone I’ll stick with. When Fall 2018 rolls around, I’ll do this comparison all over again!

What is your phone of choice these days?